Shining a light on vitamin D and immune health

We have great weather in Australia and spend lots of time outside enjoying it. So, you’d think that we’d be getting plenty of vitamin D from the sun, right?
21st July 2021

In actual fact, one in every four Australians aren’t getting enough vitamin D – and only 5% take a supplement to support healthy vitamin D intake.[1] Our vitamin D levels are often lower in the colder months because we don’t get as much sun exposure compared with the summer months.[1] This is significant, as vitamin D is important for many functions in the body – but its involvement in immune health is where vitamin D really shines. What is vitamin D?

Although vitamin D is actually a fat-soluble hormone it’s commonly referred to as a vitamin. Vitamin D2 is one of its main forms which is found in plants and is also often synthetically produced and found in fortified foods and dietary supplements. It’s not absorbed and used as well as other types of vitamin D, but is still important.[2]

Vitamin D3 is another form which is found in animal-based foods. It’s also produced by the body when sunlight (or ultraviolet [UV] rays) are exposed to the skin.[2]

When UVB rays from the sun hit your bare skin, or when you consume vitamin D-rich foods, the kidneys and liver then ‘activate’ vitamin D3. From here, it’s ready to go to work in the body.[2]

Our innate immunity, which is with us from birth, reacts quickly to ‘threats’ like bacteria and viruses. Its defence system includes the physical barrier (skin and mucous membranes) and immune cells (like white blood cells), as well as chemicals and enzymes.[3]

Also known as ‘acquired’ immunity, adaptive immunity is a longer lasting, specific type of immunity you develop against bacteria, viruses and fungi over the course of your life.

It relies on two types of immune cells called B and T cells which produce various defences against viruses and bacteria via the ‘antimicrobial pathway’. In order for this pathway to function properly, it requires healthy levels of vitamin D. Vitamin D is also needed by the T cells that influence the function of the pathway.[3] Low serum (blood) vitamin D levels have been found to increase susceptibility to mild acute respiratory tract infections, like common colds.[4] A number of studies have also shown that supplementing with vitamin D can help to prevent these mild infections. [4]  Ensuring you’re getting adequate amounts of vitamin D from safe sunlight exposure, vitamin D-rich foods or a supplement (if needed) is important.

How much vitamin D do you need?

As a fat-soluble nutrient, vitamin D3 is present in fatty foods (like oily fish and egg yolk) and also needs dietary fat to be used by the body.[5]

The following are the National Health and Medical Research Council’s recommendations for adequate daily vitamin D intake for both male and females by age:[6]

For fairer-skinned people in Australia, safe sunlight exposure for 10-15 minutes at around 10am and 3pm three to four times a week from October-March is sufficient for vitamin D production in the body. Longer exposure is needed in the southern states of Australia from April to September.[7]

In January, as little as 2-14 minutes four times per week around midday is all that is needed. Those with dark skin pigmentation are at a greater risk of vitamin D deficiency and require approximately six times more UV exposure.[7] Here’s a small but seriously nutritious range of foods that you can include in your diet to boost your vitamin D levels:[8]

Ensuring you’re on the A-list when it comes to your vitamin D status is not only great for your overall immune function – it’s also easy. Including an early morning or late afternoon walk in the winter and adding a couple of key ingredients to your meals can help to boost your vitamin D levels and keep your immune system in great shape.

For more tips on building a robust immune system for winter, check out this article on traditional Chinese medicine tips for winter wellness. 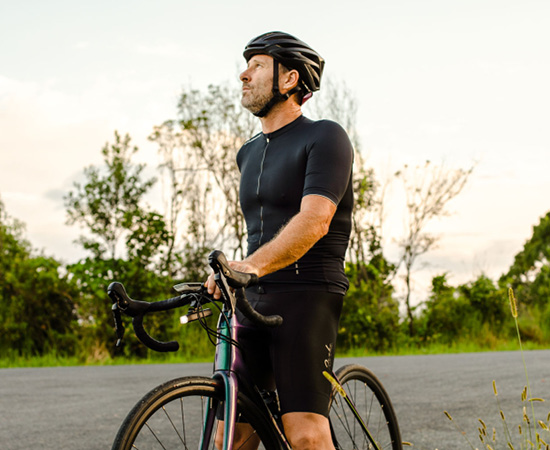